Over 20 years ago, Apple challenged the world to “think different.” In an industry where change consisted of small incremental gains in computing, Apple was promoting innovation that would allow users to rethink their lives and interact with the world with new possibilities.

In the science of DNA forensics, we are now at that juncture. New technology compels us to think different about how we decipher DNA in solving crimes. And one of the most dramatic examples is investigating sexual assault.

The conventional rape investigation begins with the victim reporting the crime, then submitting to a sexual assault examination. This is a grueling process that can take up to 4 hours to gather graphic photos and human tissue and fluid samplings. The goal is to collect enough evidence to prosecute the attacker once found. Then, law enforcement searches for clues.

The little-known part of the story surrounds what happens to the evidence storage package, the Sex Assault Kits or SAKs. In most cases, the SAK is stored for an indefinite time, awaiting a request from law enforcement  to process the evidence kit. This can be a very long time, causing what we now know is a massive backlog of unprocessed kits.

This method grew out of a requirement for the testing of the DNA to be done in a crime lab. But a new breakthrough in DNA processing, Rapid DNA, is bringing the “lab” to the crime scene. And this means it is time to think different about how DNA can revolutionize forensics.

If a victim is being examined and DNA is collected for the evidence kit, as well as for investigative purposes, on-the-spot processing of the DNA sample can reveal important information about the attacker, in real time.

This alone is a game changer. 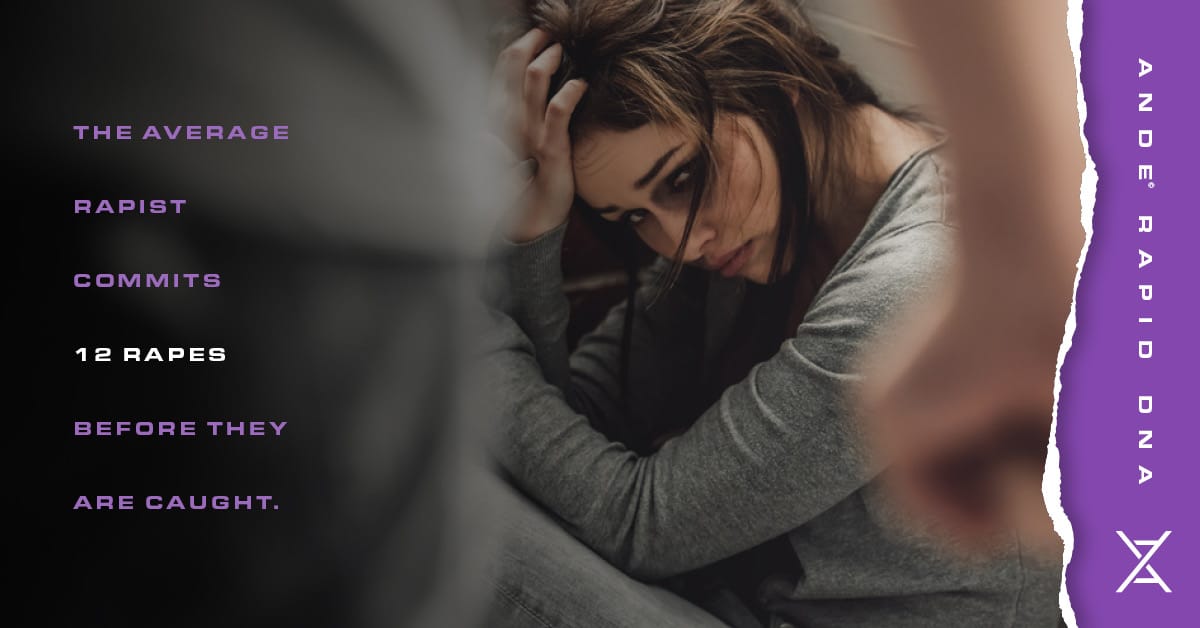 If the DNA is matched in a criminal database, there may be a lot of information about the individual who belongs to that DNA. If not, it can be helpful if a match occurs later, perhaps in an unrelated crime. Statistically, sex offenders are repeat criminals, committing on average 12 crimes from the first attack until finally being caught.

Consider also the impact on the victim. When prosecution does not occur until many years after the attack, the victim may lose the resolve to move forward with a trial that reopens the experience of the rape. Or, the victim may have suffered greatly from the unresolved investigation, may live in fear of the attacker returning, and be a less effective witness.

Unfortunately, when DNA processing is delayed, this can also diminish the value of the sample. DNA begins to degrade after 72 hours, so many kits that are stored indefinitely, can generate indefinite results.

These are all contributing factors to the fact that less than 1% of sexual assault kits result in prosecution.

And, allowing the attacker to remain free can result in the repeat of life affecting crimes.

New technology should not be confined to modifying an old way of thinking. If we think different about applying Rapid DNA to sex assault cases at the initial contact with the victim, it may change everything about catching perpetrators and stopping future crimes. Identifying the DNA source within 2 hours can provide valuable information about the attacker, focusing the investigation on the most probable suspects. By bringing the lab to the field, while generating results with the same rigor as if it was processed in a crime lab, law enforcement on the ground can move confidently to either pursue an individual or exonerate another.  And, having immediate DNA fingerprints can allow for a match to other crimes.

In a best-case scenario, an attacker is found quickly because of a Rapid DNA match. The attacker is interrogated with the results of the test. A plea agreement is reached, and the attacker is dealt with appropriately by the authorities, unable to commit more crimes. There is no need to continue storing the SAK evidence, which starves the backlog of unprocessed kits.

Justice is served without the victim enduring a trial and reliving the crime. 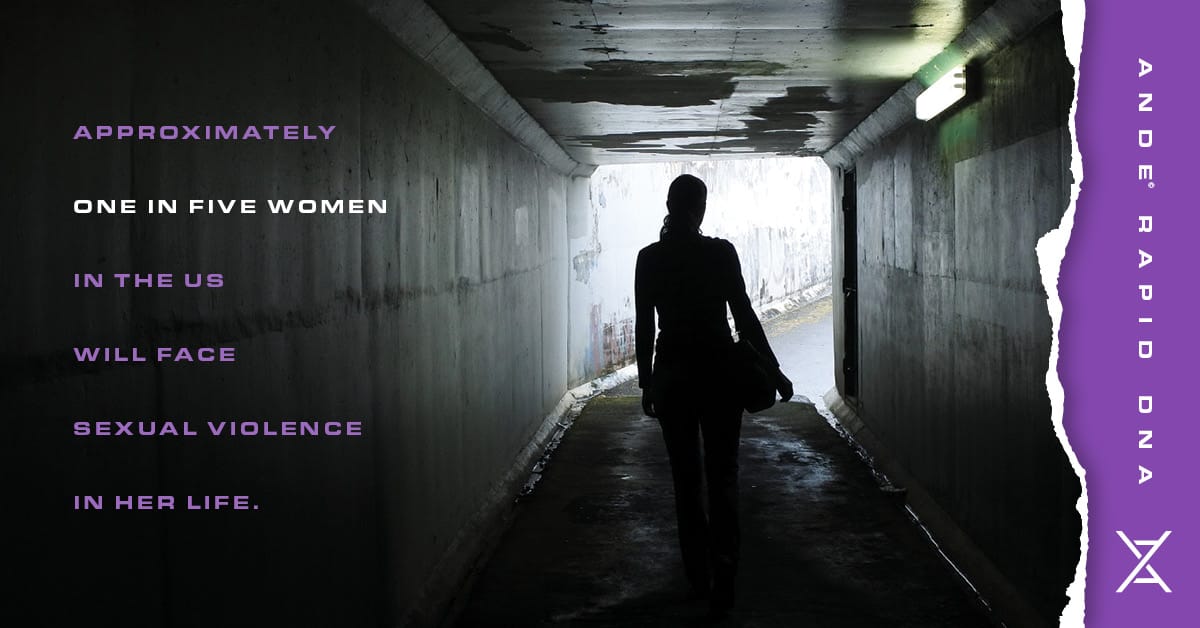 This is the goal of ANDE’s DNA ID initiative to Stop Sexual Assault Now. By harnessing the power of Rapid DNA with mobile units that can generate a DNA fingerprint within 2 hours, investigations are equipped with the tools they need to shorten the investigative cycle while improving the effectiveness of the investigators.